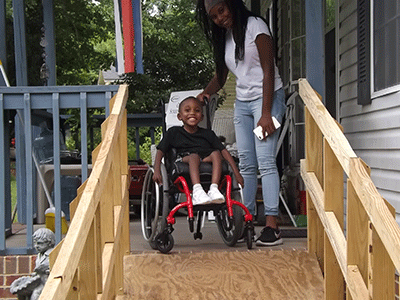 Thursday morning a group of more then two dozen firefighters, police officers, EMS workers and members of the community came together to help a four year old young man make his life a little easier.

In October of 2016 then three year old Kaleigh Graham suffered serious traumatic injuries that left him mostly paralyzed from the waist down.

After the incident that caused his injuries the young man was rushed to meet a helicopter to be flown to a Trauma Center. According to emergency responders that were on the scene that day when the child was loaded into the helicopter there was not a dry eye among the many paramedics and firefighters that had responded to assist the young man. 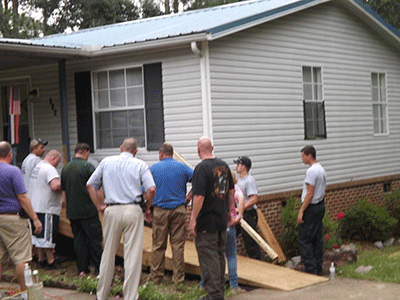 Fortunately, with time Kaleigh has been able to mostly recover from his injuries. Although he is now wheelchair bound the young man is full of energy and joy. 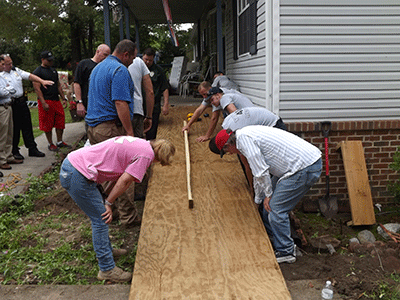 This Thursday morning a group of volunteers joined together to build this new ramp.

A wheelchair ramp that had been built by New Home Baptist Church in Vass for one of their members was sitting in storage after the church member passed away shortly after the ramp had been built. 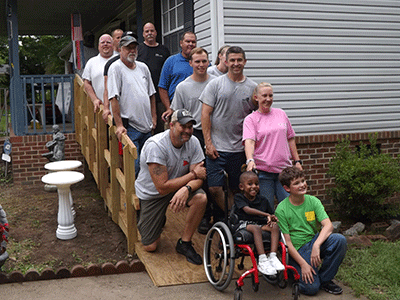 This ramp was removed from storage this morning and transported to the family’s home off of Midway Road. When the wooden ramp was loaded off of the truck it was almost a perfect fit. A few adjustments and the addition of supports along with rails on both sides were all that was needed to transform what had been a pile of wood into a functional and safe way for Kaleigh and his family to get in and out of the house.

Once the volunteers completed building the ramp Kaleigh’s mother went and picked him up from school to let him come see the new surprise that awaited him. The four year old was all smiles as he went up and down the ramp over and over again. 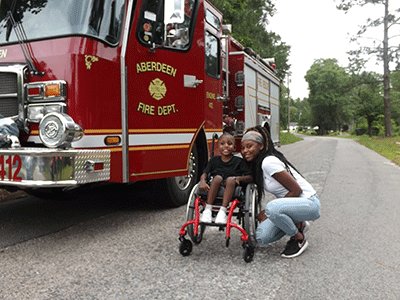