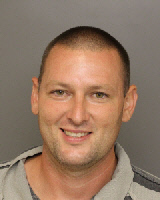 Sheriff Neil Godfrey announced that Moore County deputies have one suspect in custody for the murder of a 63 year old man found this morning at Union Pines Drive in Carthage.

Kevin Keith Vaughn, 33 years old, of Broadway, NC is currently being held with no bond for murder. His first scheduled date in court is on July 11, 2017

The investigation remains on-going and the victim’s name will be released once the next of kin have been notified.

We will update readers as more information becomes available.