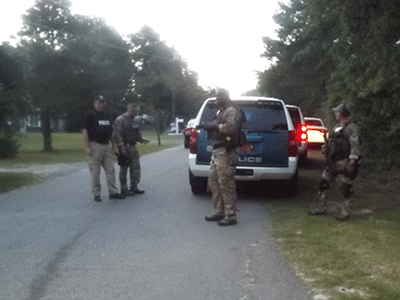 A Special Response Team from the Pinehurst Police Department made up of members from the departments ViPER Team, Impact Team and Special Investigations Unit assisted the Taylortown Police Department in making entry into a house located in the 100 block of Washington Street at the corner of Taylor Avenue just before 5:30 am.

According to Taylortown Police Chief Michael Hobgood suspicious activity in and around the suspect residence led his department to initiate a drug investigation.

Officers made entry into the home today after confirming during their investigation that crack cocaine was being sold by the resident of the home, 37 year old Charles Junior Spencer. 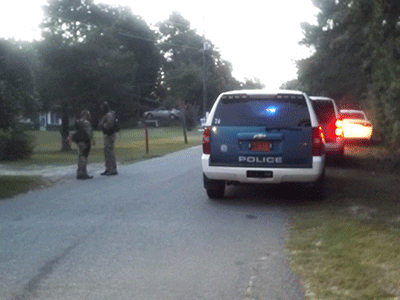 Chief Hobgood stated authorities believe Spencer was conducting these operations in the house where his girlfriend and 4 children lived making the search and stopping this activity even more urgent for the local police chief.

After making entry into the home this morning the children were taken to the home of a nearby relative while Spencer was placed into custody and his girlfriend was temporarily detained during the search of the house. 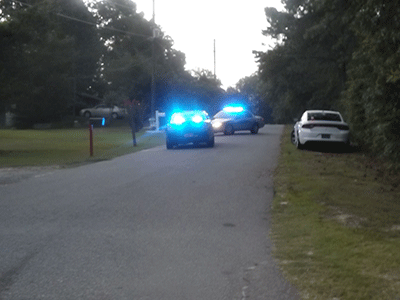 He was transported to the Moore County Detention Center in Carthage where he was held under a $83,152.24 secured bond.

Taylortown Narcotics Officer Jeremy Blake was the lead officer on the case for the department.