It was 9 degrees outside just after 1:30 am when emergency responders from 5 fire departments were called to a possible house fire in Pinebluff.

The first police officer to arrive at the single story home located in the 300 block of West New England Avenue reported smoke coming from the front door of the house. 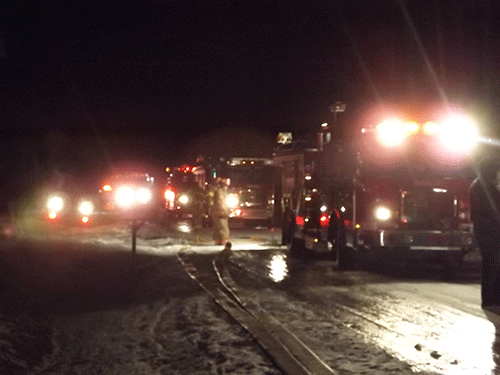 The lone adult female occupant of the home and her dogs were able to escape from the burning house without injury.

The fire was brought under control in approximately 30 minutes however firefighters remained on the scene more than two hours ensuring the blaze was out and ventilating smoke from the home.

The temperatures were so low at the time of the fire that water coming from the fire trucks was freezing along the roadway beside the vehicles.

The cause of the fire remained under investigation as of this report.