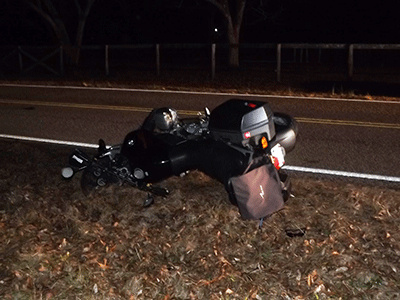 Emergency responders were dispatched shortly after 7:00 pm to a motorcycle accident on Valley View Road near North May Street with reports of the driver in the middle of the roadway.

The first arriving fire and EMS units requested a helicopter be dispatched to assist with the incident. The victim was transported from the scene by ambulance to a landing zone that had been established at the ballfield on Morganton Road to meet a helicopter so he could be flown to a Trauma Center.

Valley View Road was totally blocked to traffic while the injured man was assisted and the wreck scene investigated.