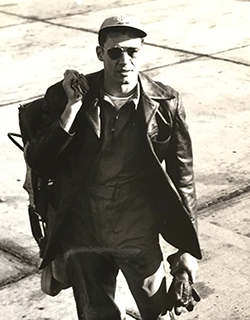 Ralph passed away at his own home, and in his own bed.  He needed some assistance to get into bed but was mobile, comfortable, and aware until that last trip to bed.

Ralph had a long and satisfying life, and off remarked about how fortunate he was to have had 68years of marriage to his wonderful wife Marjorie.  He out lived her, but often talked about how he missed her so.

He and Marjorie had one son, John Miller Cowen, who unfortunately passed away two years ago.

Ralph served in the US Airforce during World War II, for almost four years, but was never sent overseas.

His survivors were Heather Cowen, his daughter-in-law; Bob Cowen, and family. Bob was his brother’s son.

Jeffrey Sharp. Jeff was Ralph’s sister’s son.  Marjorie Sorensen , and family, Marjorie was his niece.  And his nephew Randy Swetta and wife Linda and their son Andrew and family.

He had a wonderful life and may he rest in peace.

On line condolences can be made to www.bolesfuneralhome.com

Boles Funeral Home of Southern Pines is serving the family.