On November 17th, 2017 the Moore County Sheriff’s Office received a request for assistance from Moore County Probation and Parole Officers. Deputies responded to 431 Needhams Road in Carthage; Gene Edward Needham Jr., a convicted felon, was in possession of firearms.

A subsequent search warrant was executed of the residence resulting in the seizure of: 34 firearms, over 2000 rounds of assorted ammunition and narcotics. 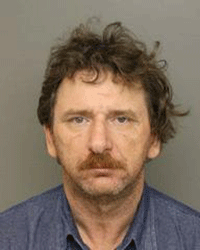 Needham was placed in the Moore County Detention Center under a $200,000 secured bond and given a November 28th, 2017 District Court date.