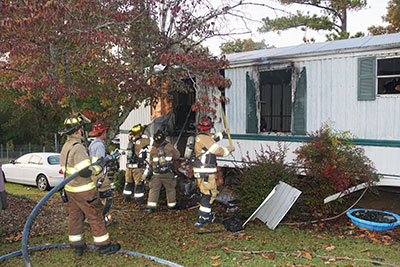 Emergency responders were called to a mobile home fire Sunday evening on Michaels Loop in Taylortown.

The home was heavily involved in flames when firefighters reached the scene and was reported to be a total loss in the early evening fire.

Firefighters remained on the scene an extended amount of time bringing the fire under control and ensuring remaining hot spots were extinguished.

There were no injuries reported with today’s fire.

The cause of the fire remained under investigation as of this report.