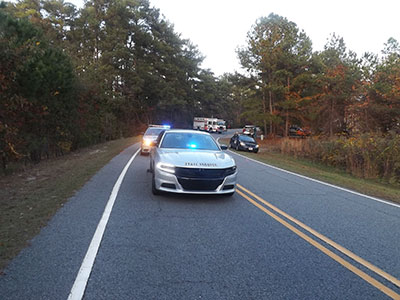 Emergency responders were called out at 3:49 pm to a vehicle accident in the area of 91 Richmond Road.

The first arriving emergency responders reported a motorcycle off of the roadway and that the adult male victim was deceased at the scene.

After coming around a curve the Kawasaki Ninja motorcycle involved had reportedly ran off of the road before striking a small group of tress throwing the driver from the motorcycle.

Richmond Road was blocked to traffic in both directions for more than one hour while the accident was investigated and the debris removed from the side of the roadway.

The cause of the accident remained under investigation by the Foxfire Police Department as of this report.