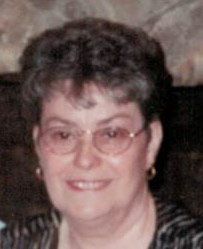 Ingeborg (Inge) Katherina Heinz, 77 years old of Whispering Pines, NC, passed away October 20, 2017 at her home where she suffered from pancreatic cancer.

She was born on October 11, 1940 in Augsburg, Germany. Her memories of her first five years of life was being dragged from bomb shelter to bomb shelter.

She is survived by: her husband, Ret. SGM John R. Heinz of Whispering Pines, and their two daughters, Diane R. Heinz and Pamela A. Wood, and a son, Jay D. Heinz, eight grandchildren, and two great grandchildren.

During their fifty-eight years of marriage, she raised their three children while traveling to and living in many different places while her husband served in the US Army. They met and married on his first overseas assignment in Augsburg, Germany. Their other stations included: Fort McPherson in Atlanta, GA, Fort Lewis, WA, two tours at Fort Sam Houston in San Antonio, TX, two tours in Germany, one at Fulda along the East German border, one in Frankfurt, Germany, a tour in Alaska near Anchorage, Fort Sill in Lawton, Ok, six month tour to attend the SGM Academy at Fort Bliss, TX, Fort Stewart at Hinesville, GA, and their last assignment at Fort Bragg, NC.

After her husband retired in 1993, they lived on a mini farm in Hoke County where she helped garden, raise chickens, goats and calves. In 2003, she moved with her husband to Whispering Pines.

Condolences can be made at www.purcellfuneralhomes.com