Man Run Over By Vehicle In Aberdeen Saturday Evening 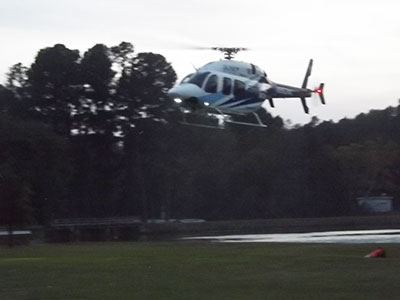 A man was run over by a car while he was lying in the yard of an Aberdeen home Saturday evening.

Emergency responders were called out at 6:16 pm to a report of a vehicle that had run over a man with the victim still under the car.

The 61 year old man was reportedly run over by a passenger car that pulled into a home in the 600 block of Arnold Avenue. According to officers at the scene, the driver of the Mitsubishi passenger car stated that he did not see the victim on the ground when he pulled off of the road.

The severely injured man was transported by ambulance from the accident location to the Aberdeen Lake Park where a helicopter with UNC Air Care landed to transport the victim to a Trauma Center.

Responding to this accident were units with Aberdeen Fire & Rescue, Moore County EMS, and the Aberdeen Police Department.