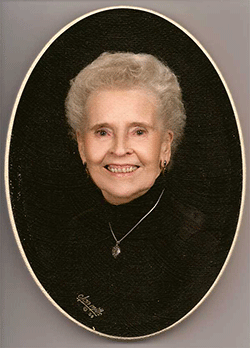 A memorial service will be held at the Seven Lakes Chapel in the Pines on Wednesday, July 5th, at 3pm.

Naomi was born near Dundee, New York on November 4, 1922, the youngest of three girls (two predeceased). She graduated from high school in Dundee and attended two years of retailing school in Rochester, NY. Naomi married Douglas Charles Morris in 1943 before Doug shipped out to the Pacific. After the war, they lived in Willow Run, Michigan until 1949 while Doug attended the University of Michigan School of Architecture. They moved to Bay City, Michigan and raised four sons (two deceased). While in Bay City, Naomi managed a ladies’ dress shop and made costumes for the renowned local amateur theater, the Bay City Players. Naomi and Doug retired to Seven Lakes in 1984 where they designed and built their house, played golf regularly, and socialized with their many friends. Naomi was active with the Seven Lakes Chapel in the Pines.

She is survived by sons Douglas Cole Morris of Seven Lakes and Dean Evans Morris of New York City.

Naomi was cremated to be alongside husband Doug in the Seven Lakes Cemetery and in Heaven.

Online condolences may be made at www.bolesfuneralhome.com