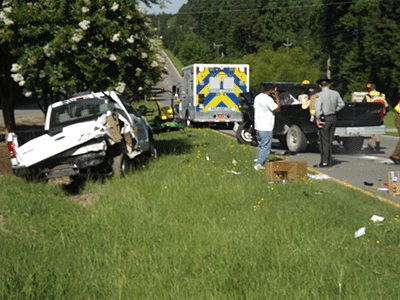 A Town of Pinebluff employee was injured Thursday when the town truck he was operating was struck in the rear on US Highway 1.

Emergency responders were dispatched to US Highway 1 near the intersection of Windy Hill Road just after 9:00 am for a two vehicle accident.

A Town of Pinebluff employee was mowing grass along the southbound lanes of US Highway 1on a riding mower and another employee was operating a town truck behind the mower as a safety blocker from oncoming traffic when a Ford pickup slammed into the rear of the Pinebluff vehicle.

One person from the Pinebluff truck was transported to FirstHealth Moore Regional Hospital in Pinehurst with injuries reported as not life threatening. 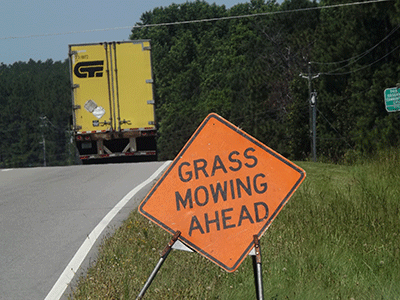 The driver of the second truck appeared to not be injured and refused transport to the hospital. 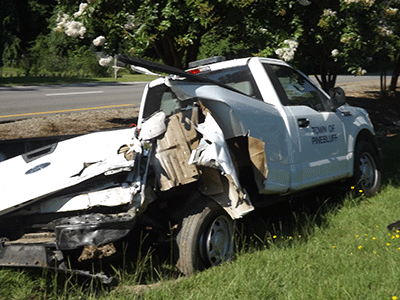 The southbound direction of US Highway 1 was temporarily blocked to traffic until one lane could be opened. The second lane remained blocked for an extended time while the debris was removed from the highway. 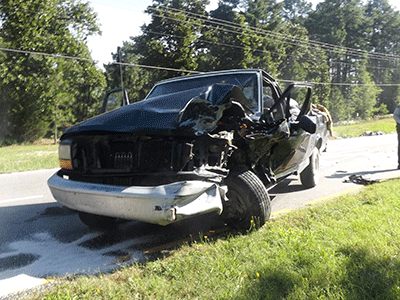 The mower operator was not injured during this accident.