One Airlifted After Motorcycle Accident Sunday Evening On NC 24/27 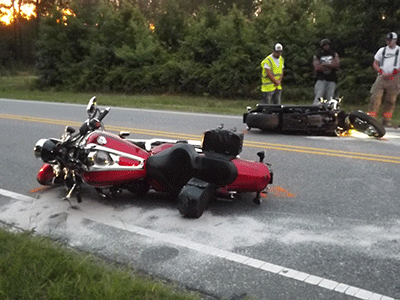 Two people were injured after a collision between two motorcycles near the Moore County and Montgomery County line Sunday evening blocking the highway to traffic for an extended time.

The accident involving a Yamaha motorcycle and a Suzuki motorcycle happened on NC 24/27 near the county line just after 7:30 pm when one of the two motorcycle riders attempted to make a U-turn in the middle of the roadway and was struck by the second motorcycle according to law enforcement at the scene.

A male victim operating one of the motorcycles was transported from the scene by ambulance to a nearby landing zone to meet a helicopter to be taken to a Trauma Center for treatment. 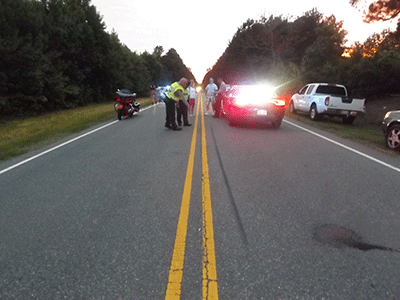 A female operating the second motorcycle was transported by ambulance to FirstHealth Moore Regional Hospital in Pinehurst for what were reported as not immediately life threatening injuries. 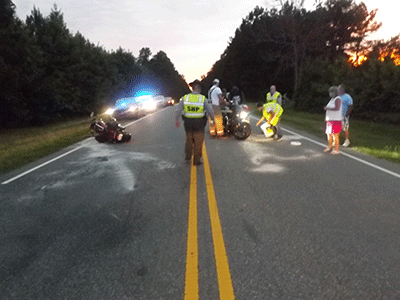 NC 24/27 was totally closed to traffic in both directions for approximately an hour and a half causing a substantial traffic backup while the injured were assisted and the accident scene investigated. 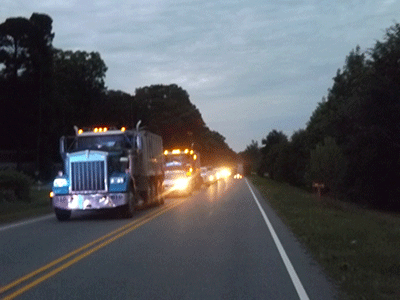