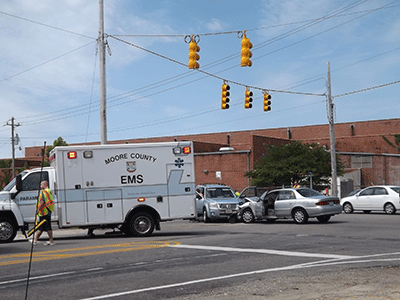 One person was injured in a vehicle accident Sunday morning in West End.

Emergency responders were dispatched around 11:00 am for a two vehicle accident at the intersection of NC Highway 211 and NC Highway 73.

One woman was transported to FirstHealth Moore Regional Hospital in Pinehurst by ambulance with injuries reported as not life threatening.

The accident involving a Buick passenger car and a Mercury Mariner SUV blocked traffic in all four directions at the intersection. Fire and law enforcement worked to direct traffic around the accident scene causing only a brief slowdown for drivers passing through the area at the time of the accident. 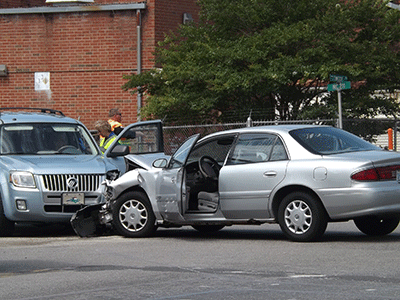 The cause of the accident was not known as of this report.