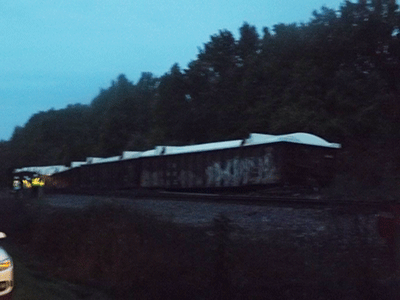 Emergency officials were called out to a train derailment in southern Moore County early Monday morning. Responders were dispatched shortly before 5:00 am to reports of several train cars that had derailed in the Pinebluff area between Addor Road and Pinebluff Lake Road.

Officials arrived on the scene to find 8 cars had derailed from the tracks and remained sitting upright without spilling their cargo of fly ash.

The railroad tracks in the area of the derailment were torn from the ground and bent by the force of the derailing cars.

Pinebluff Lake Road was temporarily blocked before reopening while emergency officials assessed the situation and determined there was no immediate hazard to the community from the sealed cars and their cargo. 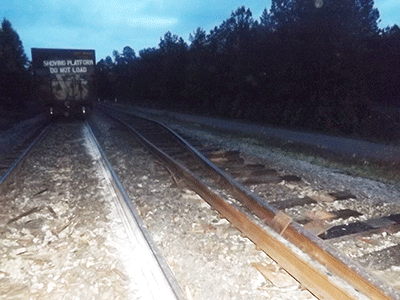 A specialized rail crane is reported to be on the way to the scene of the accident from Richmond Virginia to assist in placing the cars back onto the tracks to begin cleanup of the scene. 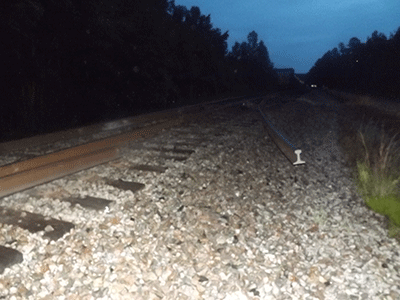 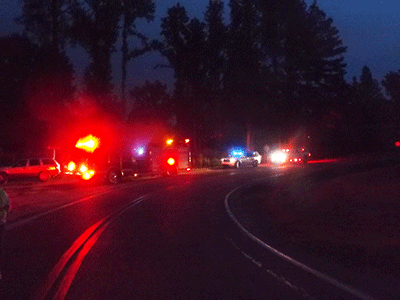 The cause of the derailment was not known as of this report. We will update readers if more information becomes available.