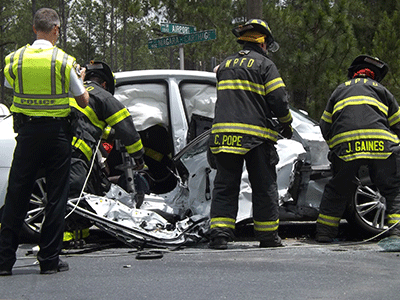 Three people were injured and the roadway temporarily blocked to traffic after a three vehicle accident in Whispering Pines Wednesday afternoon. The wreck occurred at the intersection of Niagara Carthage Road and Airport Road around 12:45 pm.

Emergency responders had to cut the doors off of the passenger side of the Hyundai Genesis to extricate an injured person in the front passenger seat of the vehicle.

According to emergency officials at the scene three people were transported by ambulance to FirstHealth Moore Regional Hospital in Pinehurst with injuries reported as not life threatening. 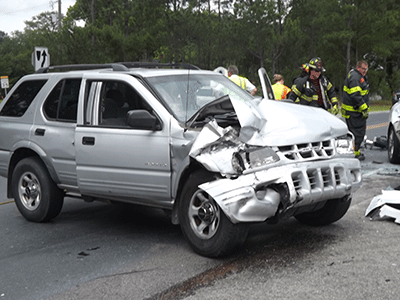 One lane Niagara Carthage Road was blocked to traffic causing a slowdown for drivers attempting to pass through this intersection as law enforcement worked to alternate traffic around the accident. For a brief time period while the injured were being assisted the roadway was temporarily closed in all four directions. 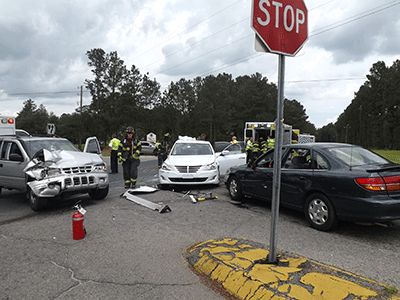 The cause of the accident remained under investigation by law enforcement as of this report.